In the ongoing struggle between Israel and Palestine, one question that will always spring to is what will (if anything) bring the two conflicting states together? Well what is certainly true is that a feasible solution has yet to emerge. In fact, what has been particularly detrimental to the reconciliation process is the largely unsuccessful interventions of foreign countries in the affairs of the Israeli and Palestinian people.

Although the ‘Holy Land’ has recently been a matter of contention between the Judeo-Christian and Arab world, it would be an over assumption to suggest that the conflict between Israel and Palestine stemmed from an uneasy relationship between the Abrahamic religions historically. As Mark A. Tessler noted in 1994, the conflict is not based on primordial antagonisms, and it has only been over the last century that Jews and Arabs began to view one another as enemies. It was not until the fall of the Ottoman Empire following their defeat in the First World War that tensions in the area emerged. The fall of the Ottomans would stimulate a growing incentive by nations across the world to influence the destiny of Palestine, largely without considering the consequences of their actions.

For centuries, the Ottomans had solidified its domination over Palestine, and had governed the largely Arab population without any significant resistance. Yet, by the turn of the 20th century the Ottoman Empire was struggling to survive, hampered by a weakening economy, internal and external threats to its territory, and a lack of military modernisation – particularly in comparison to its rivals in Europe. Coinciding with the burgeoning Zionist movement – which promoted the idea of a Jewish homeland in the ‘Land of Israel’ (although other areas, such as Uganda and Saudi Arabia were also considered), the future of Palestine became increasingly uncertain. Ultimately however, the fatal decision of the Ottomans to align with the Central Powers during the Great War would be the catalyst to the tensions in the ‘Holy Land’ in the future.

The Ottoman Empire’s eventual defeat during the war would result in Palestine being surrendered to Britain under the terms of the Balfour Declaration. The British had initially signed an agreement with Arab leaders in 1915 which promised the sovereignty of Palestine in exchange for their support in the war effort – culminating in the Arab Revolt in 1916. However, the Balfour Declaration effectively lobbied for the creation of a Jewish homeland in Palestine in appeasement of Zionist movement. As a result, driven by their own individual interests in the area, Britain had given promises both to the Arabs and Jews over the sovereignty of Palestine, causing both sides to claim their right to the land. The falsehood of Britain’s promises would lead to tensions between the Arabs and Jews in Palestine throughout the inter-war period, as Jewish migration dramatically increased. As a consequence, the Palestinian nationalist movement matured in response to the growing strength of the Zionist cause.

The Second World War and the creation of Israel

Following the events of the Second World War, principally the harrowing events of the Holocaust and the Arab leadership in Palestine support for Nazi Germany (a decision undoubtedly influenced by Britain’s ‘betrayal’ of the Palestinian after the First World War), the overall consensus of the recently formed United Nations was to partition Palestine into an independent Jewish state and Arab state. This coincided with the British administration dominion over Palestine expiring in 1948.

This decision to partition Palestine was widely objected by the Arabs, particularly due to the fact that the Jewish population in Palestine was a minority at the time. The partition would result in a large portion of the Arab population in Palestine  being enclosed within the new Jewish state. However, the post-war world were defiant that the zionist call for a home would be accepted – particularly in response to the atrocities Jews had suffered during the Second World War. Thus, the eventual declaration of the Jewish state of Israel on 14 May 1948, as supported by the United Nations, would sow the seeds to the Israeli-Palestinian conflict.

War in the Middle East

Throughout the last 65 years war has continuously broken out in the Middle East between Jewish and Arab populations as a result of the creation of Israel, leading to mass killings and millions of citizens forcibly being removed or fleeing from their homelands in both Israel and in the Palestinian territories. In 1948 war broke out between Israel and Palestine (backed by Egypt, Jordan, Syria and Iraq), however only a year later Israel defeated its Arab neighbours and in turn, seized further territory within Palestine which were later incorporated into the new Jewish state. Furthermore, despite their defeat the Arab states divided the Palestinian territory amongst themselves, with the Gaza Strip and the West Bank being incorporated by Egypt and Jordan respectively.

Seemingly, this was an opportunity for Palestine’s neighbours to share the spoils in the newly independent territory. Without the intervention of the United States – who were engaging in a global power struggle with the Soviet Union, and the lacklustre attempts by the United Nations to cease fighting, the future of Palestine was once again determined without legitimate consideration for the Palestinian people. This was compounded by the Tripartite Declaration in 1950, which was a joint statement by the United States, France and Britain which cemented the territorial agreement in Palestine after the war of 1948-49. This was despite the fact that the West would aid Israel economically and militarily during this 1950s, as well the Soviet Union’s own efforts to strengthen the Egyptian army. The Suez Crisis in 1956 also demonstrated Egypt’s own intention to maximise its own strengths in Palestine, further illustrating the impact of foreign intervention in the Israeli-Palestinian conflict.

Israel would be victorious once again against the Arab states during the Six Day War in 1967, resulting in further territory being captured, including the remaining Arab lands of the West Bank and the Gaza Strip and the incredibly fractious Jerusalem, effectively incorporating the whole of Palestine in the process. The war also demonstrated the unwillingness of the Arab states to support the Palestinian cause, which create a strenuous relationship between the Palestinian freedom fighters and its Arab neighbours – signified during the Jordanian-Palestinian War and the Lebanese War. The United States perceived support for Israel, especially during Lyndon B. Johnson’s tenure as President, only damaged relations further between Israel and Palestine, and by extension the rest of the Arab world. Significantly, although the peace process began in the 1990s after years of further animosities in the region, (which helped in giving Palestine greater autonomy in the area), as of yet neither side has been able to co-exist in amity and tensions continue in the present day. 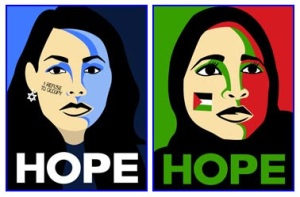 Before we simply jump on to the ‘anti-Israeli’ and ‘Free Palestine’ bandwagon, we must first understand the impact of foreign powers in solidifying the untenable relationship between Israel and Palestine.  Although it is difficult to ignore the nationalist motivations that have exacerbating the conflict from either side, the actions of foreign nations have only contributed in intensifying the internal differences. Ultimately, if we are to solve the enigma of the Israel/Palestine conflict in which both sides can have their nationalist potential realised, the nations of the world must give fair consideration to the claims of either side in the resolution process before we can begin to hope for peace.

I am a public sector and political enthusiast, with a keen interest in public policy, history, current affairs, business change and transformation within government. I am a MSc International Public Policy graduate from Queen Mary, University of London, and I also hold a BA History degree from Goldsmiths, University of London. Since 2011, I have wrote has several essays on public policy, history and politics. Please feel free to contact me about any of the work on my blog and most importantly, thank you for visiting. View all posts by Richard Yeboah